Ok, so I did it!  I got her done. I think she turned out pretty lovely.  I learned a lot.  And as my husband told me “you are getting better at it!”  I still have to put the upholstery covering on the underneath, but that shouldn’t be too hard. But let me back up at bit. A little while back I had this idea to slipcover my current coach ottoman which is roughly the same size but has been pretty beat up over the last ten years. So then I had this idea to make one from the frame up!  So I had my handy contractor guy build me a frame that matched the four inch foam I had in dimensions, which makes it so much easier to upholster when you don’t have to cut foam.  I then glued the foam to the base, wrapped it in batting, upholstered over it with muslin, and then made a slipcover for her!  So that sounds pretty simple, but of course there was a lot more to it than that.  And to show you just what went into it I took pics of every step so you can make one yourself!  Hopefully I will be able to get the tutorial done soon, probably when I am feeling better.  Even though I had originally thought I would keep her, I have decided to sell her, hopefully, down in Fredrick.  If she doesn’t sell I won’t be heartbroken, but I will probably list her on etsy too.  Well, I really don’t feel like doing much today, maybe I will have the energy to sew some zippers in pillows, but I doubt it.  I am also thinking about a Valentines giveaway too, so stay tuned for that as well.  I pray you all stay healthy and have a great day! A hot cup of tea is calling my name! 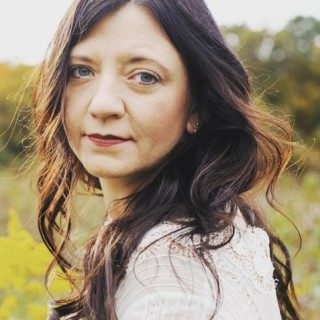 Hi there! I am Traer, a wife, mom, and lover of all things handmade. I pray through this blog we can learn together and encourage each other in mind, body and soul!

Got all those pesky grays taken away today! Thank you @salon5thavenue and @smurtoff_97 for always making me look my best!
Thank you to everyone who stopped by the Nest today!! #shopsmall #shopsmallsaturday
Me and my man ♥️ #lunchdates #lunchdatewiththehubby #westilllikeeachother
These pretties make me giddy! #chandelier #blingbling #housebling
My dream of decorating for a farm to table finally came true! #dreamsdocometrue✨ #farmtotabledinner
My last little gem 💎.... until next time @arabella.blue.portraits ♥️